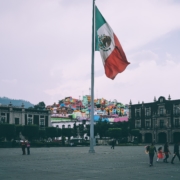 On June 29, Canada will welcome American President Barack Obama and Mexican President Enrique Pena Nieto for the Three Amigos Summit. This presents an opportunity to explore public policy enacted by our neighbours.

Faced with the growing rates of chronic diseases, and concerned with an already overburdened public health care system, the Mexican government has passed a number of measures to decrease the amount of junk food Mexicans consume.

Because of this legislation, 40 per cent of ads for sugar-sweetened beverages, candy and chocolate will cease to air. It is estimated that children who watch two hours of television per day will view 10,200 fewer ads for unhealthy foods than before the legislation was enacted.

This legislation also has the potential to impact industry, as companies like Danone seek to lower the sugar content of some of their products in order to be able to continue to advertise them. Companies are also replacing advertisements for less healthy foods with some of their healthier products.

Still, despite the laudable efforts of legislators, some argue the restrictions ought to be stronger: the definition of unhealthy foods should have had lower limits for calories and sugar; many children watch television outside of the restricted times; companies can continue to advertise in public and on the Internet; and there has been no ban on cartoon characters and toy prizes.

While it is still perhaps too early to fully understand the impact of this legislation on child health in Mexico, it seems likely the Canadian government would be better off modeling its own legislation based on the M2K Coalition’s Ottawa Principles. Nonetheless, the M2K Coalition continues to monitor closely Mexico’s policy experiments to tackle the consumption of unhealthy foods, as they have undoubtedly seen some success.