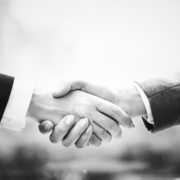 Coca-Cola and other multinational food and beverage companies have influenced public health policy in China to focus on exercise and strategically omit recommendations about cutting back ultra-processed foods and sugary beverages. Coca-Cola and other industry giants such as Nestle, McDonald’s, PepsiCo. and Yum! brands fund a group called the International Life Sciences Institute (ILSI) which operates inside the government’s Centre for Disease Control and Prevention in Beijing.