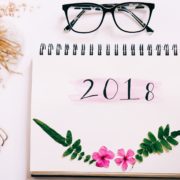 “Well, world peace, of course. And to be rid of The Donald. But while with any luck the latter is possible, and the former is devoutly to be wished for, I would settle for some healthy actions closer to home. Here are a few of the major population and public health issues where I hope we might see some progress in 2018.

… On the topic of making the next generation less healthy, a 2014 Statistics Canada report noted: “Obesity has become one of the world’s greatest health concerns and threatens to undo gains made in life expectancy during the 20th century”…. [T]here is a proposal for new regulations for front-of-pack warning labels for packaged foods high in salt, saturated fat and sugar that would be much easier for consumers to understand. Third, there is a strong push for Canada to prohibit the marketing of unhealthy food and beverages to children. You can help by supporting the Stop Marketing to Kids Coalition and writing to your MP. Go to stopmarketingtokids.ca for more information”.