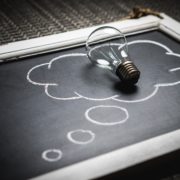 Science certainly had its share of newsworthy items in 2017, from the solar eclipse to the first gene editing of a human embryo, to the discovery of Earth-like planets around a nearby star to the expanding powers of artificial intelligence and the success of the first artificial womb.

Another topic in the public eye would be obesity, overweight and nutrition, with Health Canada currently in the midst of a major overhaul of its nutrition guidelines and food product regulations. On that issue, Canadian researchers had a lot to say, as well. To point to just a couple of studies, UNB scientists found that banning junk food at public schools actually leads to fewer overweight and obese children, while the Heart & Stroke Foundation determined that our kids are exposed to a shocking 25 million junk food ads a year. Read full article here.